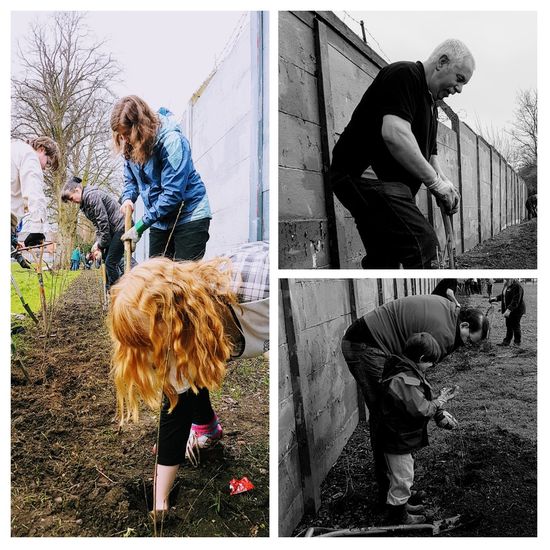 Written by Helen Freudenberg in conversation with Simon Needle

Birmingham City is home to around 1 million trees, many of which date back to the Victorian and Edwardian era where London plane and European Lime trees were planted as they were the only species that grew in the polluted cities of the 19th century. But how do we plan for the future of trees in Birmingham?

We’ve been working with Simon Needle who is the Principle Arboriculturist at Birmingham City Council, where he looks after all things trees in the city, to rehome some of the PoliNations trees after our installation has finished to add to the existing biodiversity of the city. Simon has been creating an Urban Forest Master Plan for several years through the Birmingham Tree Project with the aim of creating a sustainable urban forest which is resilient, both in terms of the forest itself coping with climate change but also in its delivery of ‘ecosystem services’ – making the environment we live in better for residents. Here’s a little bit about what he has been doing…

Alongside Birmingham Tree Project and the University of Birmingham, Birmingham City Council conducted a flyer over survey of the city to map out the tree canopy cover (trees, branches and leaves that cover the ground) across the city. This shows which areas of the city is densely packed with trees (darker areas) and which have fewer trees (lighter areas). They overlayed these images with various other maps such as surface water and river flooding to see which areas are most at risk; air quality; urban heat island; other existing green spaces and multiple deprivation factors. They found that the areas with the highest deprivation factors also had the lowest canopy cover. Lives are lost because of lack of green space and Birmingham City Council is on a mission to change this. 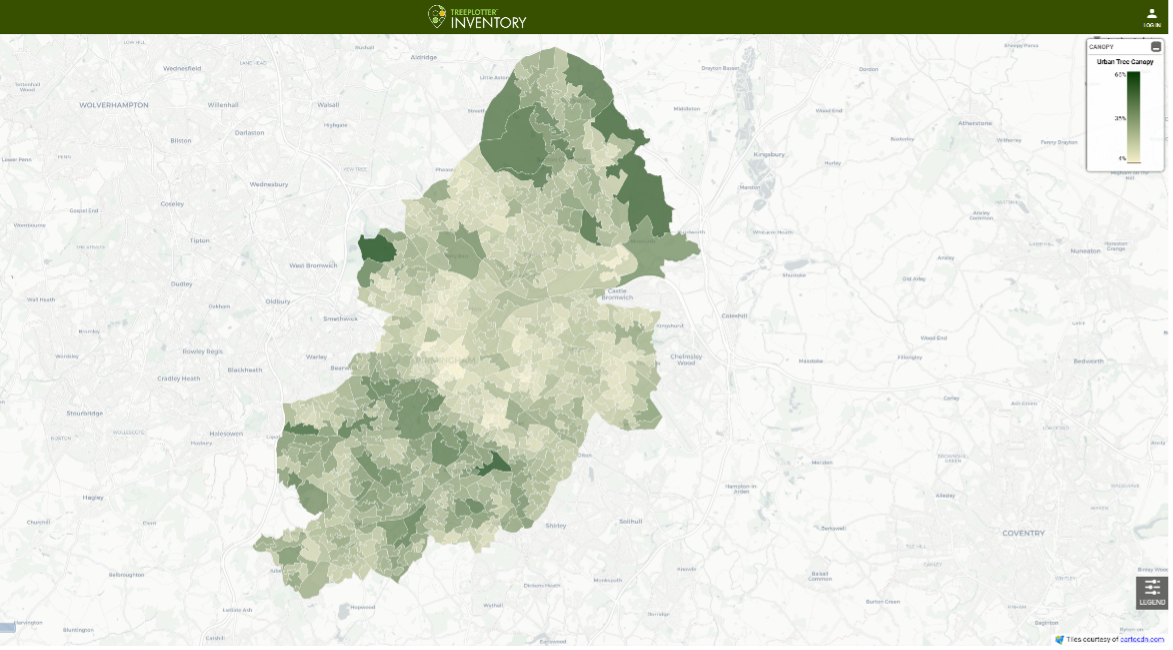 Using these maps it’s possible to work out which of their 10 constituencies and 69 wards are in most need of trees (the dark red areas). The map helps them predict what the additional benefits of tree planting would be and therefore how many trees to plant in which areas. You might see one of our trees popping up in these areas!

The Council plant over 1000 trees a year including Indian bean tree, Cedar, Hibiscus, Hawthorn, Blackthorn, Rowan, Whitebeam, Magnolia, Cherry and more! The more diverse the collection of trees, the more robust the ecosystem is and they can more easily fight pests and diseases as well as giving pollinators (bees as well as night-time moths, beetles, butterflies, flies and wasps) plenty of choice of food! The PoliNations trees will add to the flora and fauna of this wonderfully diverse collection of trees!

These trees benefit the city on many levels – they cool the air reducing the need for air conditioning units, they intercept water reducing the flood risk, they disperse pollution as well as sequester CO2 which makes both a healthy environment for us in the short term as well as help reduce the impact of climate change and can even reduce strong winds in the city which reduces the need for heating. All in all, a great thing.

As we start to look further into the future and how we will adapt to climate change, some cities like London are started to plant Lemon trees as our climate will be warm enough to support trees like this. Other cities are sourcing their tree seed from further south, on the continent, where trees are already adapted to the temperatures that we will see in the future in the UK.

If you’d like to get involved with tree planting in Birmingham, contact / Birmingham Tree People and check out the links below for national advice for your own green space whether that’s your garden or local park. And look out for the blossom trees in the PoliNations forest!

Trees and shrubs | The Wildlife Trusts