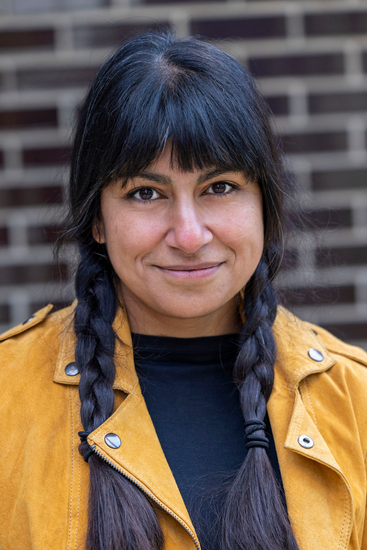 This year between March and October, the United Kingdom will experience Unboxed. The one-of-a-kind government celebration is made up of 10 large-scaleart projects pushing forward ideas in science, technology, engineering, the arts, and mathematics designed to create a larger-than-life experience. But for Angie Bual, the creative director of PoliNations, which will create a surreal urban forest in Birmingham, the idea of art as a form of social good isn’t a new concept. Whether it’s creating an app that creates playlists and personal messages for people in the hospital or constructing large-scale theater and art with the Trigger Stuff collective, she’s seen art’s power to create connections.

“I’m interested more in the audience than I am the art form,” Bual says. “I have to make art for a reason. And I think there’s a bit of reticence against art taking on the role of social care, social housing, social good because of the public funding that we received, but for me, I think [making] art out of all types of things [is] great. But for me personally, I’m driven by issues and driven by frustration. I’m driven by trying to solve a problem. And that’s how I come up with the ideas that we create.”

Sign up to our newsletter to receive all the latest news and event updates for PoliNations.
Keep Reading
People
16.01.22
Putting Down Roots: Festival to celebrate the immigrant plants of Scotland as almost 80% of city plants hail from overseas
Read the post
People
02.09.22
Making PoliNations sustainable with Jenny Hutt, Dock Street Events
Read the post
People
17.01.22
Colston Four verdict: What should happen next?
Read the post
info@triggerstuff.co.uk
Trigger, Unit 1.1 Streamline Building, Paintworks, Bristol BS4 3AS
Unboxed
Commissioned as part of UNBOXED: Creativity in the UK and also presented as part of Birmingham 2022 Festival
Funded by
Branding and website by Peter & Paul