Putting Down Roots: Festival to celebrate the immigrant plants of Scotland as almost 80% of city plants hail from overseas 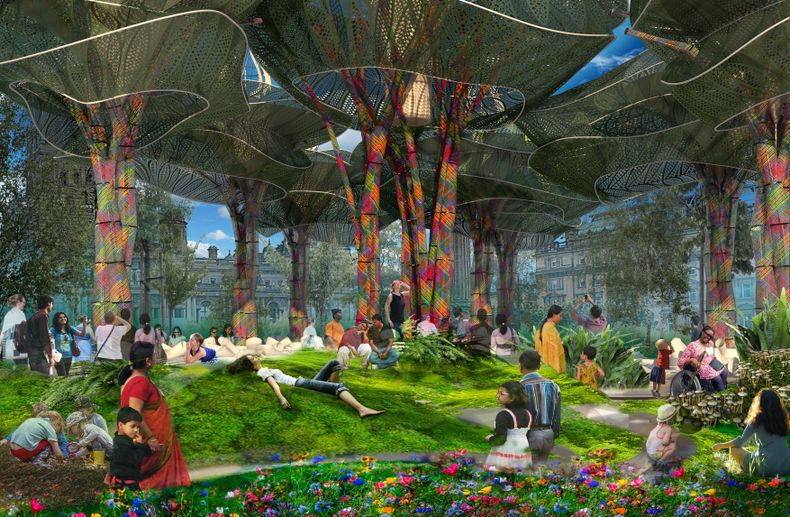 Our Creative Director Angie Bual and Professor Jane Memmott discuss the inspiration behind PoliNations and how the themes of botany and seed dispersal connect with Scottish history.

“PoliNations was inspired by the toppling of the Edward Colston statue in Bristol during the Black Lives Matter movement. It made us think about how and why we are such a multicultural nation and ways to tell this story better. Obviously it made us think about slavery, which has links to Edinburgh and Glasgow in particular, then empire and colonialism and migration, but we wanted to look at it in a more positive and accessible way. So we decided to use plants as a metaphor for the multicultural vibrancy that has been brought to the UK and invite us to reimagine our societies as more diverse, greener and wilder places to be.”

“…while the festival brings all of this imperial history to light, it’s not about making people feel guilty or bad. It’s about educating and highlighting things many of us know nothing about but that actually directly affect us in our daily lives so we can be more informed.” Angie Bual

Professor jane Memmott also explains the history behind some of the everyday plants you may not have realised aren’t native to Scotland and the UK, such as apple trees, potatoes, roses, Douglas fir trees and more.

Sign up to our newsletter to receive all the latest news and event updates for PoliNations.
Keep Reading
People
17.01.22
Colston Four verdict: What should happen next?
Read the post
People
02.09.22
Making PoliNations sustainable with Jenny Hutt, Dock Street Events
Read the post
People
03.05.22
Angie Bual interviewed as one of Shondaland's '5 Women Working for Social Good'
Read the post
info@triggerstuff.co.uk
Trigger, Unit 1.1 Streamline Building, Paintworks, Bristol BS4 3AS
Unboxed
Commissioned as part of UNBOXED: Creativity in the UK and also presented as part of Birmingham 2022 Festival
Funded by
Branding and website by Peter & Paul