A Brief History of Chai 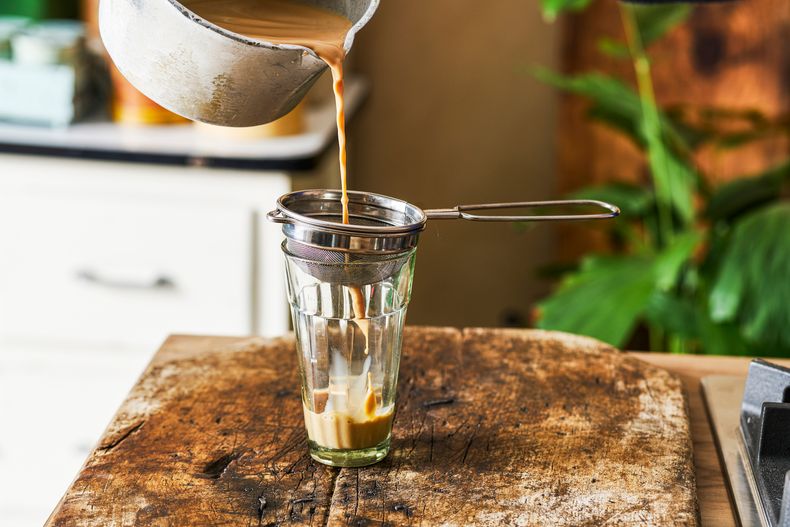 No morning in India starts without masala chai. From Bombay’s innumerable tapris (street stalls), roadside kiosks or at home, it is an integral part of the rhythm of life in the city.

Our friends at Dishoom have been lovingly brewing their masala chai for over ten years, using the same blend you’ll encounter at Tuk Tuk Chaiwallah in the PoliNations super garden. Endlessly comforting and satisfyingly spicy, the mix is packed full of fond memories from leisurely Sunday mornings with family to chit-chatting with friends and summer holidays with numerous aunties and uncles.

But where does masala chai come from?

Just like the city of Bombay, chai is characterised by international transactions, a complex past and the ability to unite people of all backgrounds.

In 1901, the Indian Tea Association (largely consisting of British tea plantation owners) began a campaign to increase consumption of its product among Indians by providing tea. A daily tea break was introduced into the working day, on the grounds that it was believed to make workers happier and more productive.

During the 1920s and 1930s, Indians began adding masala (spice blend) to their tea to mask the bitter taste (and anyway, they had a long history of flavouring milky drinks with spices). In the 1930s, the Association tried to prevent this as they believed that this meant less tea being used and, in turn, less profit. Adding masala became, in a way, a form of quiet resistance.

In 1947, India achieved its independence from British rule. Indian tea was labelled 100% Swadeshi (Indian produced) and became a source of national pride. In the following years India began nationalising the plantations and, at the same time, the popularity of affordable CTC (cut-tear-curl – a method of production that breaks each tea leaf into smaller parts which ensures that it mixes beautifully with the spices resulting in a perfect infusion with superb colour and strength) tea soared. Tea soon became the fuel of the nation and, to this day, is the morning start and afternoon sustenance of Indian homes.

For this reason, you probably shouldn’t say “chai tea”

Thank you to Dishoom for taking us on this fascinating chai-filled journey!

In the UK we import an epic 126,000 tonnes of tea from around the world every year! Some of it is grown in harsh working conditions and with the use of chemicals, so keep an eye out for Fairtrade and Organic tea to help support farmers and our ecological system.

You can enjoy a free cup of chai every morning at PoliNations: sample Dishoom’s blend whilst exploring the history of masala chai at our Tuk Tuk.

In the meantime, perfect your chai making skills at home with the Dishoom recipe.