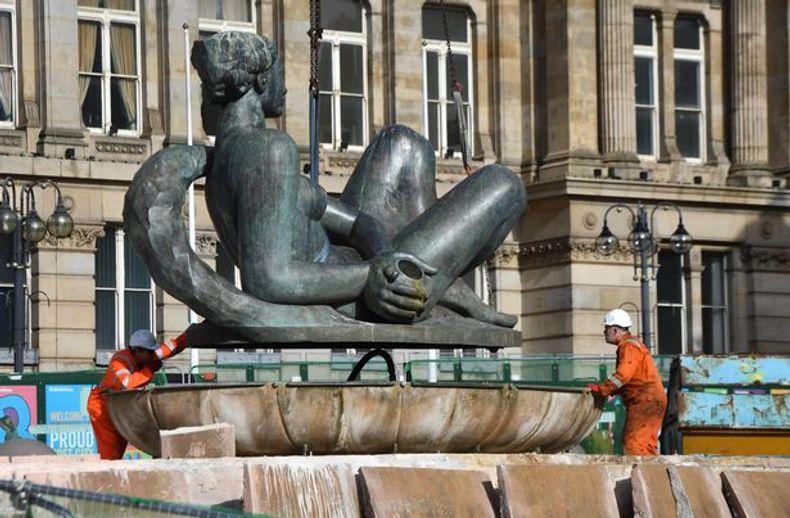 Birmingham Live get excited about our ‘bold plan to create a giant forest-garden in Victoria Square’ as PoliNations heads to Birmingham in 2022!

‘A major cultural event to be held in Birmingham after the Commonwealth Games will show how the city's human diversity is reflected in gardens across the UK.

PoliNations will celebrate 'the extraordinary diversity of the UK's people and plants' as part of an exploration of migration.

As well as creating a forest in Victoria Square, collaborative projects and performances will include evening light shows. Educational tents will provide 'havens' for visitors to learn about people of all genders, ethnicity and religions. There will also be a Glam Dome - featuring leading Drag costume designer Bourgeoisie (RuPaul’s Drag Race) for Drag makeovers.

The forest-garden will feature ‘Hybrid Tea Rose’ (hybridised China and Asian forms), classic ‘Weeping Willows’ (introduced from China and the Middle East), lavender (brought over from countries around the Mediterranean), productive apple trees (imported from Kazakhstan) and tulips (Central Asia). The plants will be co-grown and co-planted with local schools and community groups.

Each day there will be forest tours, audio baths, light shows, talks and performances while the towering ‘supertrees’ will capture rainwater and create electricity through wind power to deliver a low carbon event.’

Organisers say the event - to be held in Victoria Square next September – ‘has been inspired by the pandemic as well as 'the long-awaited reckoning of the impacts of slavery, empire and colonialism through the Black Lives Matter movement protests'.